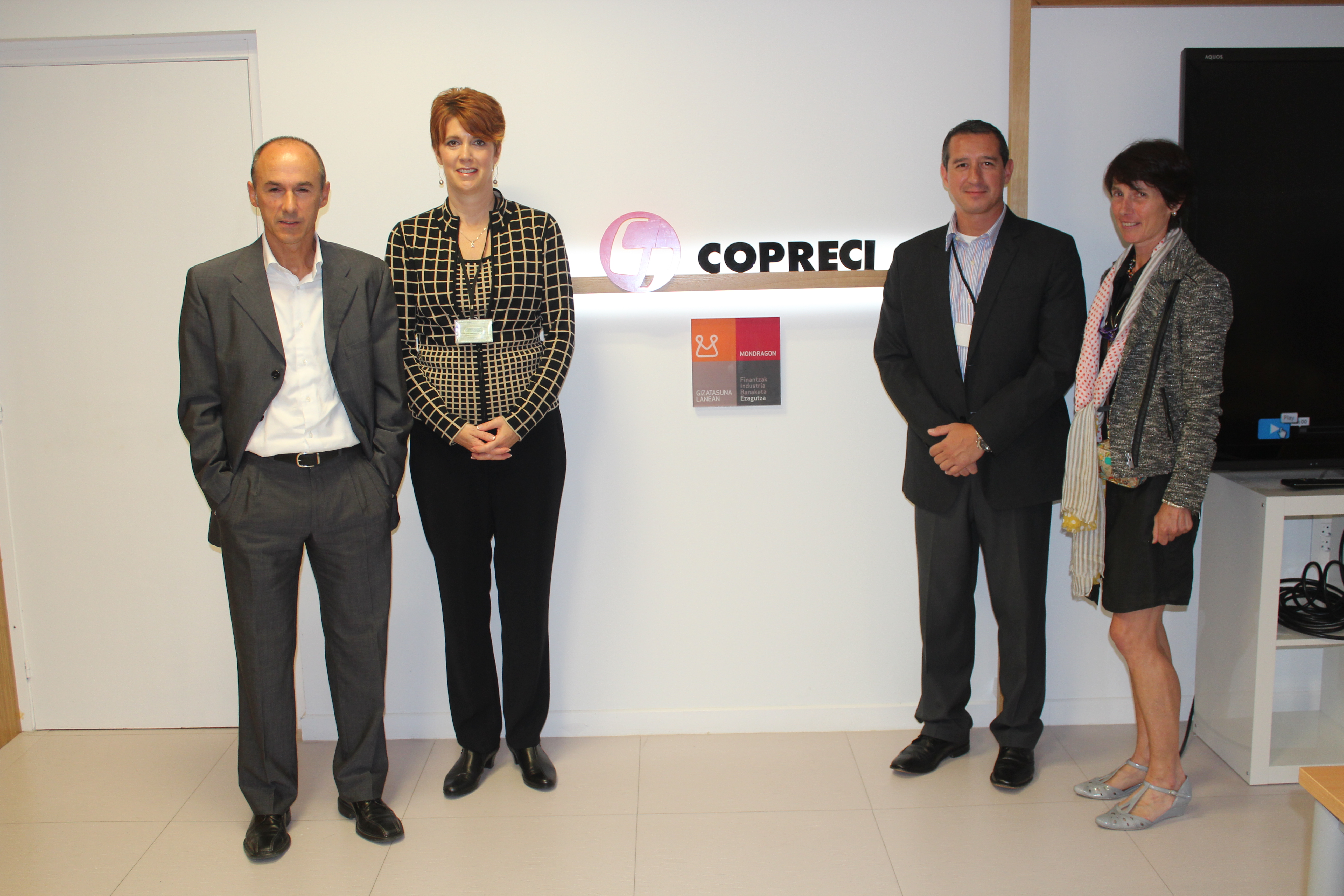 Char-Broil, american company leader in the production of outdoor cooking brands, is customer of Copreci since the eighties. Christine Robins, president and chief executive of the company, supported by Jeff Wells (Global Supply Chain senior director), has visited this week Copreci in Aretxabaleta.

Char-Broil is part of WC Bradley group, pioneer company founded in 1885 in Columbus (Georgia). Copreci start supplying them gas taps in 1985 and Char-Broil become a preferential client. In 1989, Copreci set up in Mexico to offer better service to Char-Broil, and that was the first international experience for Copreci. Years later, in 2004, Copreci was set up in China, and removed there some production chains from Mexico, due to the demand of this client. So, besides being preferential client, Char-Broil is an excelent tripmate in the internationalitation process of Copreci.

Robins has worked many years as promoter in Bodymedia and Philips Oral Healthcare. Consequently, both of them grew during those periods. Finally, she became the chief executive of Char-Broil in june of 2014. Acording to this visit, we have had the chance to make her a little interview, and she has spoken about the historical "partner" relationship between Char-Bloir and Copreci, as well as the impact that MONDRAGON cooperative experience has given to her, and about the role of women in several responsability workplaces in the companies.