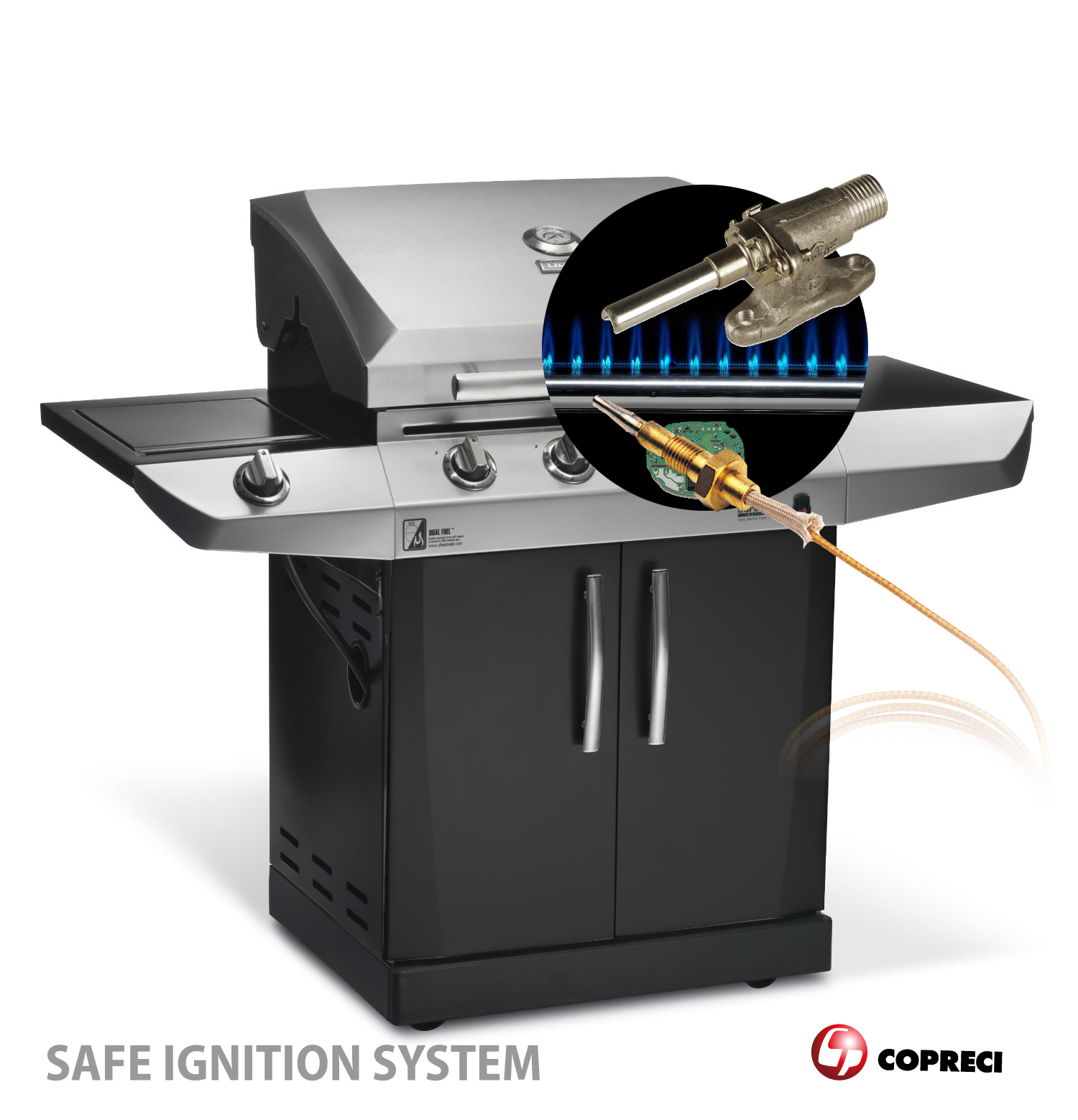 Copreci at the Vesta Awards, here it´s the Vesta entry for this 2014.

For years the most important problem of the gas grills has been the ignition. A gas explosion could have a very sad consequences and everybody in the industry is trying to avoid this. The explosions are caused by the accumulation of gas once the gas valve has been open and the ignition system has failed. As far as we cannot easily see the flame of the burner, we don´t know if it is working or not. In the meantime, the gas continues flowing and when finally the user ignites the system; all the accumulated gas explodes with a very dangerous fire wave.

The Copreci Safe Ignition System ensures the gas grill re-ignition. You can program how many times the system will try to ignite (2, 3, 4…) and if after these attempts the flame is not detected, the system automatically shut off the gas.

The system consists of a valve, a magnetic group, a thermocouple and an electronic card. The system can detect the presence of the flame. If there is no flame, the system tries to ignite again. If for any conditions (wind, dirt...), the burner does not ignite after the programmed number of attempts; the magnet unit shuts off the gas supply thus preventing explosions.

This system is based on the experience that Copreci has in other industries such as domestic gas cooking, boilers.. and this is the first time successfully applied to gas grills.

This is an innovative solution in the BBQ industry because never before a re-ignition system has been applied into a gas grill. The system incorporates, not only different ignition tries, but also the flame detection, as well as a thermo-electrical safety shut off.

The system allows adding optical (LEDs) or acoustic signals in order to give the final user more information about the real status of the grill.